This week, Inheritance Books comes from Christina Courtenay, who writes historical romance with the occasional foray into contemporary YA.

Hi Christina, welcome to Inheritance Books. Please tell us a bit about yourself. 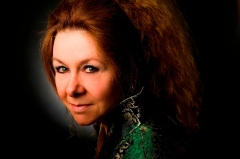 I’m half Swedish/half English and grew up in Sweden in a small town next to deep forests and lots of beautiful lakes. I loved fairy tales and living in a place like that it was easy to imagine that trolls and fairies were real creatures – and I had a lot of imagination! When I was 16, I moved to Japan with my family and stayed there for three years, attending an American high school. I fell in love with all things Japanese, which is why quite a few of my books have Oriental themes. I had a great time there and was also able to travel a lot with my family, seeing other parts of the world which was fantastic. I then went back to Sweden to go to uni and study modern languages, but as I didn’t want to be a teacher or translator, eventually I ended up in the UK working as a secretary. I was only going to stay for a year, but I met my husband in London and have been here ever since. I’m a chocoholic, love history, archaeology (the armchair variety), books and dogs and I’ve recently developed an obsession with gardening even though I’m rubbish at it.

Wow. You’ve got experience from all over the world to draw on. That must be such an amazing resource when writing historical fiction. Which book have you inherited from the generation above? Why is it special?

It’s actually from two generations above (my maternal grandfather) and it’s a set of four books comprising the tales of One Thousand and One Arabian Nights (or in this case Tusen och En Natt as my grandpa was Swedish). It’s special because it’s the only thing I inherited from him and we used to look at the illustrations in it together. When I was a little girl, we lived in the same house (my parents, little brother and I had an upstairs flat in my grandparents’ house) and I spent a lot of time with both him and my grandmother. Whenever I felt like it, I could just pop in to see them and they always made time for me. Grandpa had a huge bookshelf full of books, but One Thousand and One Arabian Nights was the only one with pictures in it and I was fascinated by the stories which Grandpa told me (as I couldn’t yet read at that point). I was his first grandchild and we had a special bond, so it’s lovely to have these books as a reminder of our times together. From an author point of view, One Thousand and One Arabian Nights is a great example of superb storytelling too!

The Three Musketeers by Alexandre Dumas. It was the first proper historical novel I ever read and it’s just a perfect example of its

genre. It has everything – adventure, romance, courageous characters, intrigue, danger. The only thing I don’t like about it is that it doesn’t end happily for D’Artagnan, but that’s just me, I love happy ever afters J Actually, I could have chosen this book for the ‘inherited from the generation above’ too, because although it wasn’t given to me by anyone, it was my father who told me to read it after I’d run out of children’s books to borrow from the local library. He first had me reading things like the Odyssey and the Sagas of the Norse gods, but although they were great stories, they weren’t what I would have called proper books – The Three Musketeers definitely is. And it’s obviously a story that has fascinated generations of readers as it gets made into a movie at least once a decade it seems (and thankfully, they almost always add a happy ending – yes!)

Thank you so much for sharing your Inheritance Books with us. I hope your latest book is a success (I’ve read New England Rocks and it certainly does rock).

You can find out more about Christina and her books on  her website and the Choc-Lit blog or find her on Facebook or Twitter (@piaCCourtenay). Her latest book New England Rocks is available now. (I reviewed this book for Romantic Fiction Online a while ago, you can read my review here).