It’s nearly December, so it must be time to break out a Christmas novella or two.

I have two Christmas novellas out this year. Girl At Christmas, which is set in the same world as the other ‘Smart Girls’ series books, and Snowed In, which is set in a fictional town in West Yorkshire. Here they are:

As you can see Milly Johnson and Jane Lovering have nice things to say about them, so you might like them too!

Both novellas have slightly geeky characters and at least one South Asian main character.

You can buy them separately or together in this handy ‘box set’. (Technically,  it’s an omnibus edition because it’s not actually in a box … but there aren’t any wheels, so I’m going with box set as a description). You save a quid on the box set compared to getting them separately. Aha, you say. But they’ll be dropping down to 99p soon… except they won’t, because the book promotion sites tend not to take novellas, so it’s not worth the hassle. 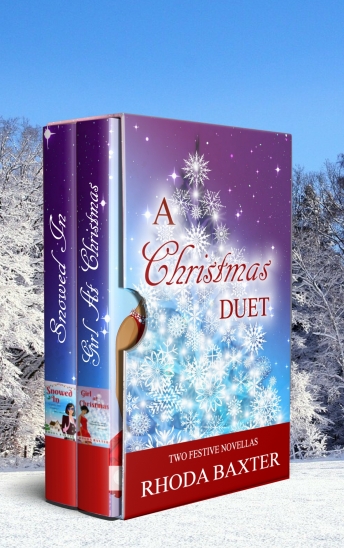