This week’s Inheritance Books are from Dan Waddell, prolific novelist and fellow Yorkshire person. Hi Dan, why don’t you tell us a bit about yourself while I put the kettle on. 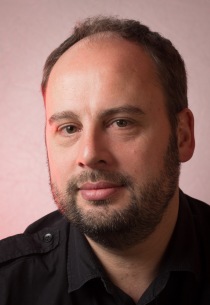 I’m a 44 year-old, recovering tabloid journalist turned author. The first half of my life was spent in Yorkshire, but for the past 20 years I’ve lived in exile in London, a city I always wanted to live in and which has not disappointed me.  I finished my first book in 1999 and since then I’ve written more than 20 works of fiction and non-fiction.  Recently I re-acquired my rights to two crime novels which were published a decade ago, the first of which has just been released on Kindle. The  second follows in late May,  while the third, only ever released in France, will be published later this year with more to follow.

I also love playing and watching cricket (but rarely writing about – never kill the thing you love…) I was a talented teenage cricketer. At one stage I thought it might become a career, but it wasn’t to be. Writing has offered some compensation for those shattered dreams. But only some…

However, if I’m honest, most of my time is spent making fishfingers and chips for three children. [I can sympathise. I do much the same. R]

My dad’s copy of Grapes of Wrath by John Steinbeck. I read it on a holiday aged 17, when I’d lost the reading habit. I loved it and have never stopped reading since. I sometimes wonder what would’ve happened if I’d taken a bad book on that holiday…

My father Sid Waddell was a TV darts commentator who is fondly recalled in the UK.  We were very close (I wrote a book about him and our relationship in a book which was published last year, called We Had Some Laughs.) He read voraciously and widely, and scribbled notes and thoughts over many of his books. I have a few of the books he owned and it’s nice to have them as mementos of him. Interestingly, he didn’t scribble anything in this copy of Grapes of Wrath. He probably thought it was too perfect to touch. Either that or he never read it!

Emil and the Detectives by Erich Kastner. I read and re-read it countless times as a kid though sadly I lost that copy. It was the first time I ever experienced the magical feeling of being so wrapped up in a book that the outside world ceased to matter or even exist. It’s a wonderful alchemy. Maybe it can have that effect on others.

Thank you for sharing you Inheritance Books with us, Dan. All the best for The Blood Detective.