This week’s guest on Inheritance Books is the romance/ fantasy writer Linda Acaster. We both live in Hull/East Riding, so we run into each other from time to time. Hi Linda. Welcome to Inheritance Books. I’ll go put the kettle on for a cuppa, while you make yourself comfy on the sofa. Why don’t you start off by telling us a bit about yourself.

Oooh, I love comfy cushions. I think it comes with crouching over a hot laptop too long – LOL! 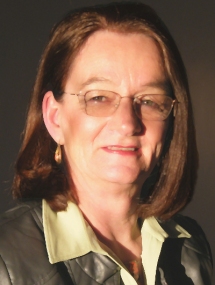 I live on the Yorkshire coast just outside Kingston-upon-Hull where I was born – UK City of Culture 2017, no less. There’s a depth of history there that you really have to hunt for as it does
n’t wear its past as overtly as some cities. The old street names are wonderful. Dagger Lane. Land of Green Ginger. Whitefriargate.

(I love that there’s a building called ‘The second star to the right and straight on till morning’ in Land of Green Ginger. Now that is a special address).

The meaning of these piqued my interest in my mid teens, but my love of history began when I was eleven and moved schools to one newly built. The playing fields were still being levelled and a bulldozer uncovered a Celtic settlement. I watched the archaeological dig from my desk by a first storey window. As one of my characters in the Torc of Moonlight trilogy maintains, there’s no such thing as coincidence. For me, it was the spark that lit the touch-paper.

By twenty I was selling short fiction, sometimes for money, sometimes for the kudos of holding a magazine carrying my by-line, hence the appeal of multiple genres: historical to horror, crime to science fiction and fantasy. A Western romance won me a national award; a historical romance handed me my first book contract. However, the shelf-life of paperbacks is transitory, and I realised that good sales didn’t automatically equate to reprints. When my rights reverted I sat on them, and when the ebook revolution finally pushed into the UK I became an indie author. And have never looked back.

Which book have you inherited from a generation above? 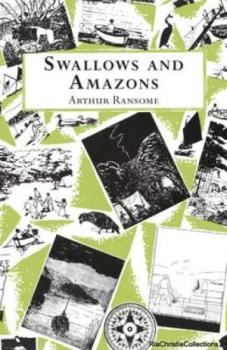 Arthur Ransome’s Swallows and Amazons (1930), which was never actually mine but loaned to me. I was in my early teens and at school was being force-fed 19th century classics written for adults [rolls eyes]. The book was a godsend of an antidote. It made not a jot of difference that the children in Ransome’s novel lived a more affluent lifestyle from a by-gone era, I was there because the writing pulled me in to experience the adventure. I also learned about boats, and rural life in the Lake District at the time. The novel was dutifully returned to its owner, and I never read the rest in the series, but the memory of this book has stayed with me throughout my adult life. I like to think that it is with this story the notion of a reader being able to learn from a novel while being entertained lodged in my mind. Or perhaps that’s just rosy-viewed hindsight.

Which book would you like to leave to future generations? 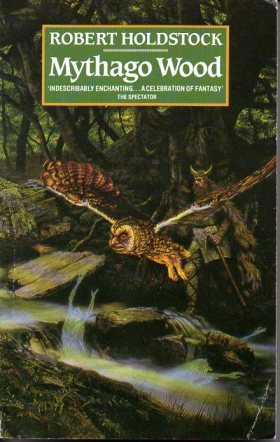 Mythago Wood (1984) by the late Robert Holdstock. The story has an inter-generational feel: a son returning from WW2 to a quintessential English village in Hertfordshire, to a quaint family home beside a wood, the young man wanting to make sense of the obsessive writings of his father who died while he was away. So far so normal. However, the wood, which can be walked round with ease but not crossed due its impenetrable depths, is a remnant of British primeval forest and it both acts as custodian and nurtures the folklore and extinct animals of these isles. There is no magic, only Nature.

It is a wonderfully rich book, in historical content and conjecture, in the spell-binding use of rhythm and language which clothes what we feel we might know of our past, or have half-heard, into the flesh and blood of an alternative reality that is bound in our DNA. It is a novel for those who marvel at the dappled shadows during a weekend woodland walk, or come across a lonely tumulus and wonder when and for whom it was raised. Or hear an animal’s call but never see the animal. It is Fantasy for the mainstream.

Thank you for sharing your favourite books with us Linda. Best of luck with your latest book!

Linda’s book, A Torc of Moonlight, is available on Amazon. You can find out more about Linda on her website and get in touch with her via Twitter or Facebook.