I’ve just got back from a week away (half-term with the kids) and found an email to tell me that the new Choc Lit anthology ‘Kisses and Cupcakes‘ will be out soon! Hooray! 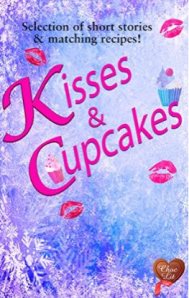 Just like the first Choc Lit Love Match anthology, this book contains a collection of short stories from other Choc Lit writers (some of my favourite romance writers!) and each story contains a cupcake recipe that is in some way related to the story. At least one story involves gin and tonic cakes…

It’s available to pre-order on Kindle already. Hopefully, there’ll be a paperback too – because it would make a great Christmas present for my friends who like to bake.

My story in this anthology is called ‘Making Faces’ and I’m quietly pleased with it. The two main characters in the story appeared in the first book I ever wrote (we don’t talk about that book very much). They’re already a couple in that book, so it was really nice to meet them again and find out how they met. 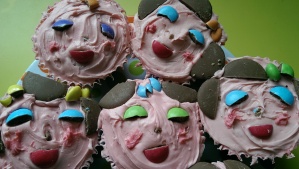 Why not buy it and indulge in a bit of light reading while you’re recovering after Christmas dinner?

One thought on “A whole new short story anthology – with cupcakes!”