This week’s Inheritance Books are from my fellow Choc Lit author, Liz Harris. I’ve known Liz through the Oxford chapter of the RNA from way before either of us were published, so I’m delighted that she finally made it to the Inheritance Books sofa. I’ve baked a chocolate cake especially for the occasion.

Hi Liz, welcome to Inheritance Books. While I get us some cake, why don’t you introduce yourself. 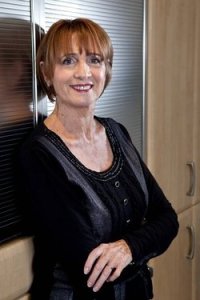 Thank you very much for inviting me to chat about books with you today, Rhoda; it’s a lovely idea.

First a bit about me. I’d like to say I’ve always wanted to be an author, but I can’t because I haven’t.

I’ve always been an avid reader of books of every genre; I’ve always loved writing essays, letters, exam answers, and I’ve always enjoyed bringing characters to life in amateur dramatic productions, but it was years before I thought of connecting those three by writing a novel. Books just magically happened, I would have thought, if I’d thought about it at all.

As the years passed by, I devoured all the books I could get, especially those by my favourite authors: from Noel Streatfield and Enid Blyton – the Famous Five were Six when I read her stories – to Mickey Spillane and Jane Austen. Then the day came that I left university, tucked my Law degree under my arm and set off to see the world.

I began in California, and ended there.

I had a brilliant year in San Francisco and then five in Los Angeles, where I tried everything from cocktail waitressing on Sunset Strip to returning hired cars to their home location (imagine being paid to drive convertibles across the State, the radio blaring out, the wind in one’s hair … bliss!); from being the secretary to the CEO of a large Japanese trading company to being a ‘resident starlet’ at MGM. This would make a good novel, I mused at times, but never thought of myself as being the person to write it.

Six years later, real life intervened and I returned to the UK, did a degree in English, and went into teaching. During the following years, I wrote voluminous letters to friends until one day a friend in desperation, a mighty tome from me in her hand, suggested that I write a novel. I took the hint, and in 2012, my debut novel, The Road Back, was published by Choc Lit.

Which book have you inherited from a generation above? 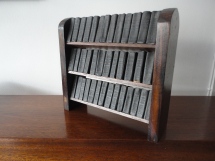 I could have chosen Children of the New Forest or Little Lord Fauntleroy, both of which were given to me by my mother, and both of which fired my imagination. However, I’ve chosen the complete works of Shakespeare in miniature, which stand in their own wooden case. Tiny though it is, each miniature play is the complete, unabridged play.

The miniature plays were passed down to me by my mother, who was an actress. We started reading Shakespeare as a family when I was about nine, acting out all the parts. My mother and I divided the best roles between us, and my sister and father, reluctant participants, would be allocated third servant or fourth gardener.

To read together as a family is a truly lovely thing to do, and I shall never forget how lucky I was to have such an introduction to the greatest of our playwrights, whose themes are universal and are as relevant today as they were when they were written.

Which book would you like to leave to future generations?

Of Mice and Men, by John Steinbeck.  This is a short novel, published in 1937, which had originally been written for the radio. It tells the story of the friendship between George and Lennie, two itinerant ranch workers, who move from place to place, searching for work during the Great Depression in the US.

With themes such as dreams – each character in the novella has a dream which gives purpose to his/her life, a purpose which is never more needed than in times of economic hardship – and loneliness and the need for companionship, conveyed in a novella which has the nature of true friendship at its heart, John Steinbeck speaks as powerfully to the readers of today as he spoke to the readers in 1937. 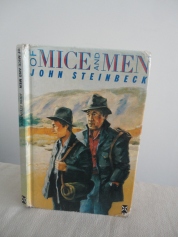 I’ve read the novel a number of times, and I never fail to cry at its moving conclusion, which demonstrates the unselfish nature of real friendship. Just as with the plays of Shakespeare, Of Mice and Men, a story told with thought-provoking profundity and a great understanding of human nature, deserves to live for many more years in the minds of readers.

Excellent choices! I read Of Mice and Men a long time ago and still remember bits of it vividly – which is a sign of a great book.

Thank you for sharing your Inheritance Books with us, Liz. All the best with Evie Undercover in paperback.

Liz’s latest release Evie Undercover is published by Choc Lit and is available in paperback now. You can find out more about Liz’s books from her website and blog, or chat to her on Facebook or Twitter (@lizharrisauthor).